I have no information about this and it currently appears to be a work in progress. It is not listed on the Dublin Canvas map.

James Clarence Mangan and Brendan Behan were patients in the Meath Hospital and died there. Oliver St John Gogarty (Buck Mulligan in Joyce's Ulysses) was on its staff from 1911 to 1939.

No. 33, Heytesbury Street was the birthplace of Cornelius Ryan, author of The Longest Day, The Last Battle and A Bridge Too Far. 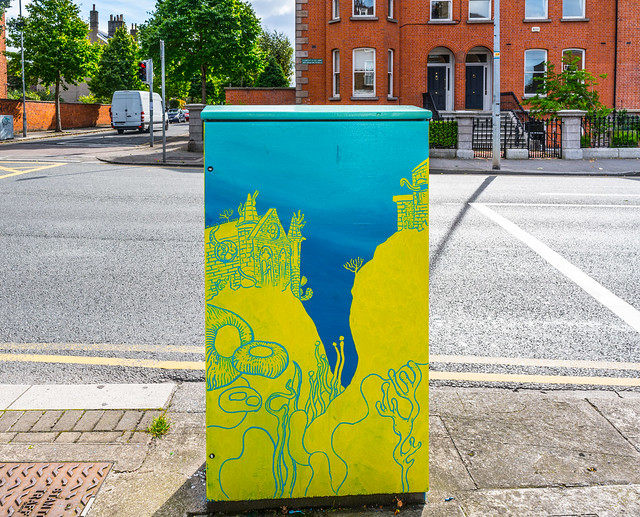